A few days before my 68th birthday I received a copy from one of the editors. It goes without saying, it truly is an honor

life devoted to writing isn’t rewarding, it is indeed and leaves me searching for words.

worldwide but also, to be given props by long time peers.

The ever widening controversy and heated debates on how to label ourselves in 2021 if we are from countries south of the border or the Spanish-speaking Caribbean, or descended from there, if we have inherited genes that cause us to identify more with the legacy of colonizers or of the colonized and once enslaved, or both depending on the day and circumstance, how we look at gender and sexuality (themes

I touched on in various genres of decades) are discussed here.

I hesitate to say that the contributing scholars in this book are also humans who for the most part would fall under the above mentioned complex ‘labeling.’  In 2021  there are more POC of color in higher ed but we remain mostly outside mainstream (read White) literature.  We use the tools and skills we’ve acquired in White institutions to give validation to ourselves and to each other.

I’ve been thinking about this in the last fews days.

Over the last more than four decades, born, raised and educated in the United States I’m rarely referred to as an American writer. (And given my awareness of the society I came up in, I knew it would be so.) The labels associated with my writing and which have almost always preceded ‘writer’ aren’t inaccurate:  feminist, Chicana, woman, bi… (or all).

In a nation indisputably dominated by English heritage (the Southwest, settled by the Spanish to this day is seen as ‘the wild West’) and all those descended from White colonizers, the beneficiaries of that heritage, to describe a writer by their identity politics is to relegate the writer’s work to sociology or cultural anthropology.  While I am all for the intersecting of academic disciplines as was apparent in my book MASSACRE OF THE DREAMERS, the point here is the implication is that the work of American POC is inferior.  It is because our experience informs us differently, indeed, as a result of colonization, and (unless we have internalized the inferiority & wish not to acknowledge it) we express our perceptions and language in such manner.

In 2021 this disparity couldn’t be greater.  We, POC of color who mostly write in English and are U.S. born, naturalized citizens or residents are battling for the recognition and respect arduous and meticulous work deserves and to stand side by side the writing of any individual born with more ‘privileges’ in a stratified society such as ours.

I look forward to perusing through this treasure fellow writers and stalwart academicians–all luchadores everyday their own way have carefully honed  with respect to and out of respect for my literary efforts.

James Baldwin, a writer I’ve learned from and have admired for a very long time, in his ceaseless eloquence said our work is to change the world. I’ve realized that no matter how many words I’ve written and books I’ve managed to produce, I haven’t been able to do that.  But this collection does my heart good to know my efforts have effected a few who’ve carried on the torch. 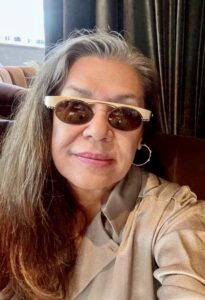