Poetry & the hearts of women activists

One of my fave poems in the forthcoming collection, MY BOOK OF THE DEAD, 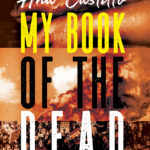 just as the poem dedicated to Sr. Dianna Ortiz was in the poetry book, I ASK THE IMPOSSIBLE.  Sr. Dianna (RIP) and I became dear friends after I published the poem in her name. 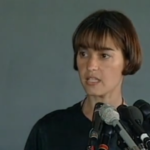 Her story has moved me immensely.  Unfortunately, I didn’t discover the poet Akilah Oliver until her death.  Her personal story and her son’s touched me deeply.  This poems appears in Hyptertext Mag. and the anthology, 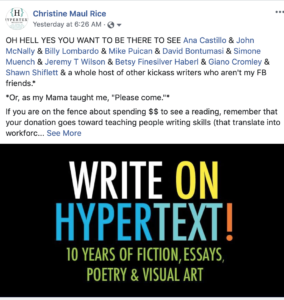 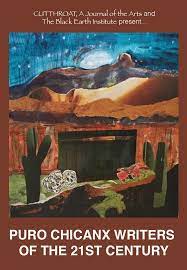 As a single mother of a son who spent his adolescence and young adulthood in the city of our birth, Chicago, runs-in with police weren’t unfamiliar.  Brown and Black while walking isn’t a legal cause for young people to be stopped and searched but are, nonetheless.  But we try, mothers like Akilah and me and we hope, somehow our sons will survive. 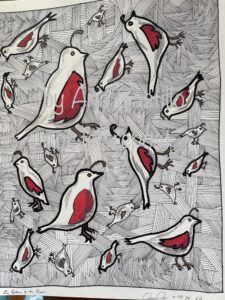 over a young man left in an emergency room.

neighborhood kids—pudgy or puny and picked on

or had too many tíos,

Society wouldn’t let them be,

from the Southwest or Southside of any city.

She was a teacher with dreads and sleepy-eyed smile     believed—

showing her son right from wrong.

If you stayed steady, she said to herself (must have)

captain on a ship of two, where Ramen noodles or mac n cheese dinner,

graded papers ‘til 2 a.m., then started again (must have, like I had)

No one would shoot him down in a ‘good’ neighborhood,

No policeman would kill him dead for reaching into a pocket.

No school would hold him back ‘til he gave up.

Diabetes and other diseases would be kept at bay.

for the perpetual onslaught.

When she got the call,

put her ear next to his lips–

having kissed their last-kiss lips, swollen and soundless,

left to perish on a gurney

she started to die, too.

Slow drip of existence oozed through her pores.

order a round of green mint tea for the house before we move on.

Joy, as she once knew it, vaporized.

(belonging to Whites with money and no conscience.)     In a world

knowledge of couplets, art, or science,

would re-set a heart broken

by a child’s ruin.

not knowing each other

but by the way soldiers instantly bond.

I heard her wail

like a canine hears a dog whistle, ears up, heart pounding.

Nothing had saved them,

fathers had failed them.)

One afternoon, standing in her living room,

tired of beating without his, Akilah’s heart stopped.

She hit the rug heavy,

kept her lifeless body warm ‘til they found her.

The killing fields are everywhere–

under the viaduct or over the freeway

sneak out to dance,

stretch meals through the week,

survive in the cracks.

I’d taught him how

to do shoelaces, his tie, ride a bike,

later, shave and drive a car,

have pride in work, clean house, fry an egg, wash out his drawers,

be respectful of women, neighbors, be an honorable friend.

He was behind bars.

Look at this poet.

Look at her life,

who went down at twenty-one.

with only the memory of a son. 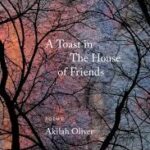