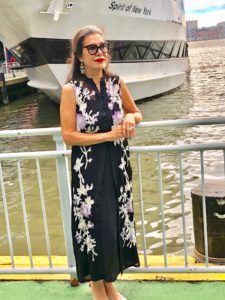 (The poet on her 66th birthday, Manhattan)

Both men bad to their women. Me, like the rest,

couldn’t get enough. Both smoked and drank

themselves to death. They liked it rough, said

One winter we all ended up in hell, ran

into each other at a café. (REVISION: bar,

public bath…FILL IN THE BLANK).  Chuck

wanted to fuck. Roberto punched him in the gut.

We quaffed a few whiskies. They knew.  I knew.

I wasn’t that kind of girl. Instead, we set out to do

No wonder he was in hell, Then, again, we all were.  “I’M NOT MEXICAN,

some ice.  “That’s the beauty of this place.”  The guys stopped.

No one had ever seen ice in hell.    Yeah, it was the start of