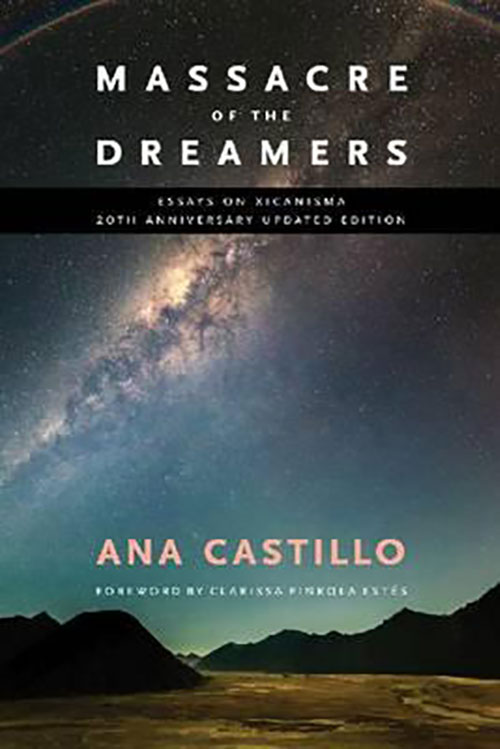 The “I” in these critical essays by novelist, poet, scholar, and activist/curandera Ana Castillo is that of the Mexic-Amerindian woman living in the United States. The essays are addressed to everyone interested in the roots of the colonized woman’s reality. Castillo introduces the term Xicanisma in a passionate call for a politically active, socially committed Chicana feminism. In “A Countryless Woman, ” Castillo outlines the experience of the brown woman in a racist society that recognizes race relations mostly as a black and white dilemma. Essays on the Watsonville strike, the early Chicano movement, and the roots of machismo illustrate the extent to which women still struggle against male dominance. Other essays suggest strategies for opposing the suppression of women’s spirituality and sexuality by institutionalized religion and the state. These challenging essays will be a provocative guide for those who envision a new future for women as we face a new century.

Castillo is perhaps the most versatile of the magical feminists, at ease in poetry and prose. This epic in verse shows of Castilo’s sheer range, following Ella, a Chicana everywoman and single mother who describes herself as “Part Medusa/Part Mother Goose / and part Xochiquetzal” as she works, struggles, and busts through walls to raise her son, striving for more than the opaque version of masculinity that the world seems to require. Castillo imagines a utopia where:

They live for the fiestas,
Grind corn bare-breasted,
Let gay sons wear dresses,
Everyone has a job and place
and the women

“’Castillo says, “A crucial distinction between labels we have been given by officials of the state and our own self-naming process is that only doing the latter serves us.  The very act of self-definition is a rejection of colonization.’”  Decolonize your mind The roots and power of Xicanisma