The collection of Puro Chicanx Writers of the 21st Century presented by Cutthroat Journal of the Arts and the Black Earth Institute communicates the focus on Chicanx culture and heritage and hundreds of years of marginalization by the dominant culture. In this historic anthology, we meet poets, scholars, and la gente anxious to tell their stories. This irreverent, rebellious, inventive, rasquache, distinguished compilation contains poetry and prose by the talent of candid 21st Chicanx writers in the U.S. These writers offer an assemblage that will be used in Chicanx Studies, Ethnic Literature, Chicanx Literature, Creative Writing and Poetry classrooms, and writing workshops. Students in high schools and universities will benefit when this book is added to their literature curriculum. To advance in education and lead the world in racial equality and cultural diversity, this book belongs in our schools and libraries. This anthology deserves every award and praises it receives. Lessons learned in these works lend the reader an eye to Chicanx culture often marginalized and undervalued.

Many of these writers are Chicanx icons in the literary canon. They communicate their own distinctive attitude about impoverishment, social and health issues, and the necessity to educate our children to think one world, one people. They are warrior poets who weave the motherlands tapestry.

The editors and staff of this self-funded publication exemplify the very best of what this Chicanx culture has to offer. From the gorgeous southwest painting on the front cover, “The Wall” by Anita Endrezze, and the back cover art, “Milagros Border Wall Installation” by Alfred Quiroz, to the editors’ selection of the finest writing by seasoned writers they honed the artists’ poems and prose into pages of inspired testimony of the epoch of global epidemic, racial inequity, and social matters for the underrepresented.

In Ana Castillo’s poem, “Two Men And Me” we are told there are no mistakes in hell. It’s poignant, humorous, dark.

Two Men and Me*

both men bad to their women.  Both smoked and drank

themselves to death.  They liked it rough, said

One winter we all ended up in hell, ran

into each other at a café.  [REVISION: bar,

public bath…FILL IN THE BLANK.]  Chuck

wanted to fuck.  Roberto punched him in the gut.

We quaffed a few whiskies.  They knew.  I knew.

I wasn’t that kind of girl.  Instead, we set out to do

some ice.  “That’s the beauty of this place.”

No one had ever seen ice in hell.

Yeah, it was the start of something big.

But her poem “Xicanisma Prophecies Post 2012 Putin’s Puppet” tells another story. It’s hard-hitting political power. Want to read a poem that explains the political nightmare we are a part of, read this poem and memorize it and recite it at parties. 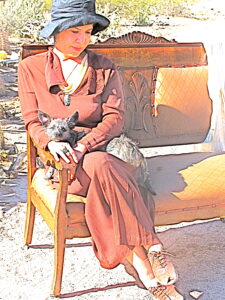 For my readers here:

[1] I coined the term Xicanisma in the 1980s as Chicana activists and scholars began to form our own feminism.  It was discussed at length in by book, MASSACRE of the Dreamers:  Essays on Xicanisma. UNM Press, 1994,20th Anniversary Ed., UNM Press; 2014, NM)