I Heard the Cries of Two Hundred Children

“I Heard the Cries of Two Hundred Children” 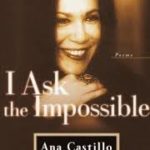 I heard the cries of two hundred children

bleating in the desert.

They were not two hundred but two thousand,

not one at all, not

so much as a lost shepherd

with a skinny herd of goats

but only the wind pretending

to be the ocean’s roar.

of the cry of children’s ghosts

the who who sleep on cathedral steps,

and who swerve through traffic,

with contaminated water and shine shoes

in the metro and pull your sleeve

while behind a dark window of the Palacio Nacional

the president looks out

concerned about the national deficit,

a highway built by narco-trafficking King,

and the latest accusations of election fraud.

I heard the children’s cries in the desert

but it was a storm

Three swords went through my heart, and

came out on the other side.

You think you are alone in the desert

but you are not; so many eyes watching you.

in the sky, coyotes call to each other

The sky too is watching you,

does battle each night,

Are they who call you,

and not Mexico’s young,

not the ghost of your mother at eleven

who scrubbed floors for a plate of food?

Is that you?  I call, and I think someone answers.

I think it is her, my death mother

marching across the Tropic of Cancer,

feasting on the wind.

(from I ASK THE IMPOSSIBLE) 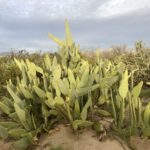